If you’re anything like us, then you love being completely absorbed by a a good read in which reality itself is questioned! Here is a reading list of comics and graphic novels in which the lines between dreams and reality are blurred, where imaginary worlds are normalised!

In Search of Peter Pan Nineteen-year-old Orsay lives an uneventful life in the French countryside, until the day he gains extraordinary powers in his hands after an encounter with a mysterious creature known as a whol. On a trip to Paris in search of a cure, he meets and falls for Basma, a passionate activist for whols’ rights. But Orsay isn’t convinced that whols should be considered equal to humans. Especially once Melek, another human with the same powers, embarks on a murderous rampage to avenge those she sees as her kin. A poetic fable for grown-ups full of wisdom and beauty, by two Belgian masters of graphic storytelling.

Out on the high seas lives a whale unlike any other, who spends her days reading stories to all who will listen, taken from the vast library hidden in her belly. When the whale bumps into a sea postman’s boat one fateful night, it’s the beginning of an extraordinary friendship. But not every story can have a happy ending… 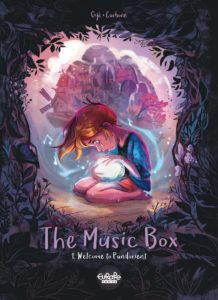 For her eighth birthday, Nola receives a marvelous present: her late mother Annah’s music box. It has the most enchanting melody, and inside the globe… is that a little girl waving? And calling for help?! Before she knows it, Nola has shrunk down in size, slipped through the keyhole, and entered the world of Pandorient, where even the most ordinary-looking citizens can have extraordinary powers—and where danger could lurk down every hallway. Nola must help her new friends save their mother from a mysterious malady—all the while making surprising discoveries about Annah’s past, and—maybe—her own future… 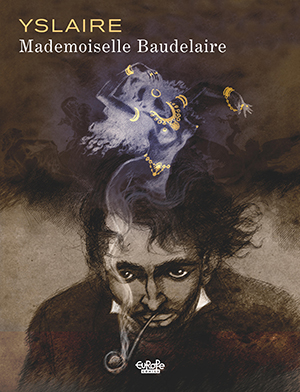 Baudelaire: poète maudit, enfant terrible, lyric genius, crippling perfectionist. Bereft of a father at age five, he spent his days squandering the former’s fortune on prostitutes and paintings, opium and alcohol, finery and laundry bills for his impeccably white dandy’s collars. He loved a woman and gave her syphilis. This is her story. Muse, mulatto, mistress, mystery… little was known of Jeanne in her day, and even less remembered since. Yslaire pays tribute to a brimstone-and-hellfire affair from the annals of literature, two misunderstood souls who in their mutual misunderstanding afforded each other what little solace they found in life.

The Monstrous Dreams of Mr Providence 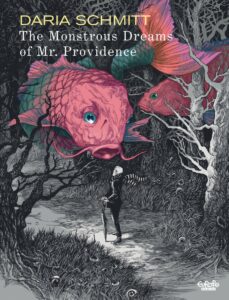