Before he started writing, Sylvain Runberg worked for publishing house Humanoides Associés, as the editor for Moebius & Enki Bilal, among others. His first book was launched in 2004 and since then Sylvain Runberg has had more than 50 books published by the largest French publishers (Glénat, Le Lombard, Dupuis, Dargaud, Casterman, Soleil, Futuropolis) and is now translated into 15 languages, having sold in total over 1 million copies worldwide. Here are some of the highlights from Sylvain’s long bibliography list that made it to the Europe Comics collection. 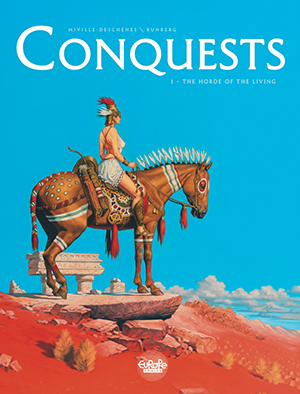 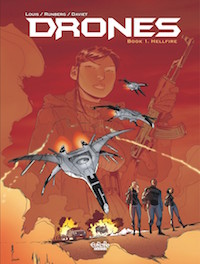 When Stéphane Mezzona got involved with a group called the Divine Order of the Temple, it was time for his wife to leave him. Trouble is, he got shared custody of their two children… and now they’ve disappeared. After Mezzona is spotted in Sweden, Interpol agent Eric Valandier is flown in to find the kids. There isn’t much to go on and, if the Order is planning what Eric thinks they are, there may not be much time either. But Sweden is an unusual place, and it has an unusual law neither Eric nor the Order knows about… 1937: An island somewhere in the middle of the ocean, which Count Zaroff has chosen as his new hunting ground. He’s tired of hunting the usual game — animals are far too easy to kill. He has set himself the supreme challenge: a prey that is both dangerous and unpredictable, in fact the only prey worth hunting — people. But when the Count brings down a Mafia boss, the “family” lands on the island looking for revenge. Suddenly, the roles are reversed and the Count finds himself being hunted. To make matters worse, the Mafiosi have kidnapped the Count’s sister and her children and brought them to the island. If Zaroff doesn’t find them soon, they’ll all be killed. And he’ll be next.