Ligne claire, or clear line, is a drawing style started by Hergé in the 1930s in Belgium. It is said that the creator of Tintin was inspired by the American comics of the 1920s and 1930s (including Winsor McCay’s Little Nemo) but also by glass drawing techniques, which didn’t allow for colors to mix. Characterized by a black outline, strong colors, no hash marks, and a straightforward plot, the clear line became the main style of the so-called Brussels School of comics, gathered around the famous Tintin Magazine. The Brussels School included iconic creators Edgar P. Jacobs (Blake and Mortimer), Roger Leloup (Yoko Tsuno), and Jacques Martin (Alix). In the following years, the style continued to influence more and more Franco-Belgian creators, such as Floc’h, Jef Nys, and Jacques Tardi. The ligne claire traveled further across borders and decades, and was adopted by contemporary comics creators such as the Dutch Joost Swarte (who coined the term in 1977) and Peter van Dongen, the Spaniard Paco Roca, the Norwegian Jason, and American creators Chris Ware and Jason Lutes. Europe Comics is proud to be publishing some of the most illustrious names of this particularly European comics style. 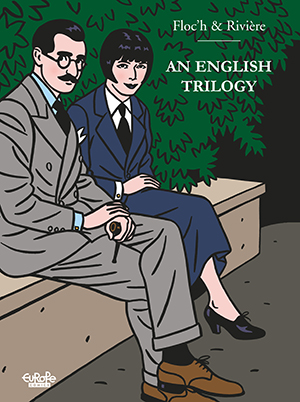 I say! If you’re a fan of ghastly weather and mysteries wrapped in tweed, then you’ll be delighted at this complete collection from the classic series “Albany & Sturgess,” enhanced with bonus material and extra British flair. Discover bloody murders and plots that will frazzle your nerves, already frayed by the seemingly never-ending British rain. Rivière and Floc’h present an extraordinary combination of smoke and mirrors, of shadows and ghosts, which provokes in the reader an almost voyeuristic pleasure as it reveals the process of literary creation and its mysterious cocktail of reality and imagination. Spiffing!

The Adventures of Theodore Poussin 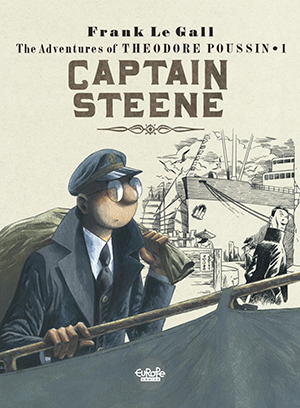 The dreams of a pencil pusher longing for adventure and distant shores come true when the maritime transport company where he works sends him on a trip to 1928 French Indochina. But Theodore Poussin is about to get more than he bargained for as he sets sail on the Cap Padaran: a mysterious, poetry-reciting man with ominous predictions about his future follows him everywhere; stories surrounding his late uncle Captain Steene, whose grave he promised his family he would find, are vague and contradictory; and he somehow ends up in the crossfire of a guerilla war near the Chinese border, forced to run for his life and toward even more unexpected events. 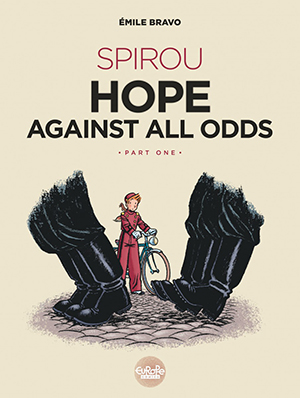 Spirou: The Diary of a Naive Young Man 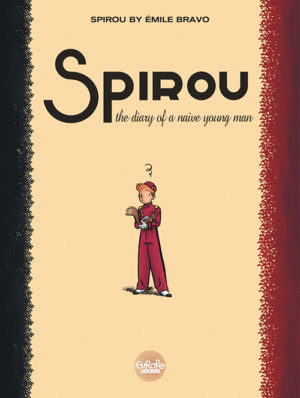 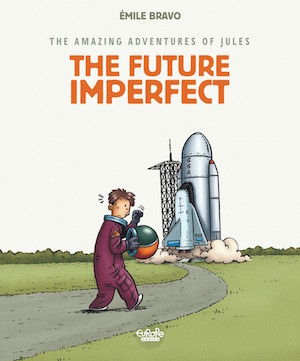 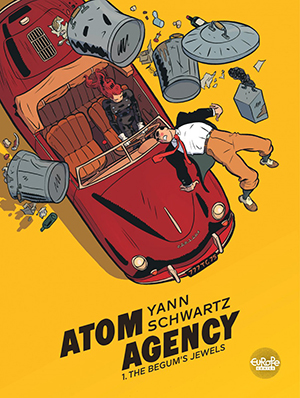 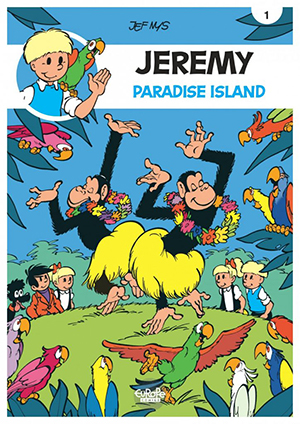 Frankie wins the first prize in a contest: a round-the-world trip with four friends aboard the Silver Wave. Little do they know that James, their arch enemy, is watching them, patiently waiting to teach Jeremy and his friends a little lesson… But not everything goes as planned. 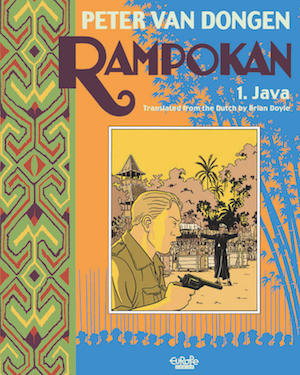 1946: The Dutch have been driven out of Indonesia by the Japanese invasion, but they refuse to recognize the country’s declaration of independence. In an attempt to regain their former colony, the government mobilizes the Royal Dutch Indian Army. When they fail to take control, an unofficial force is sent to subdue the “terrorists.” Among the volunteers: Johan Knevel, who has personal reasons for joining: he wants to find out what happened to his Indonesian nurse. But far from rediscovering the lost idyll of his youth, he is confronted by the complex realities of a country in turmoil. 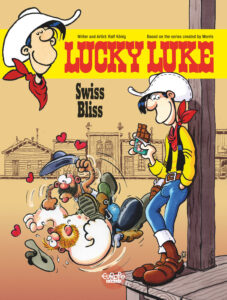