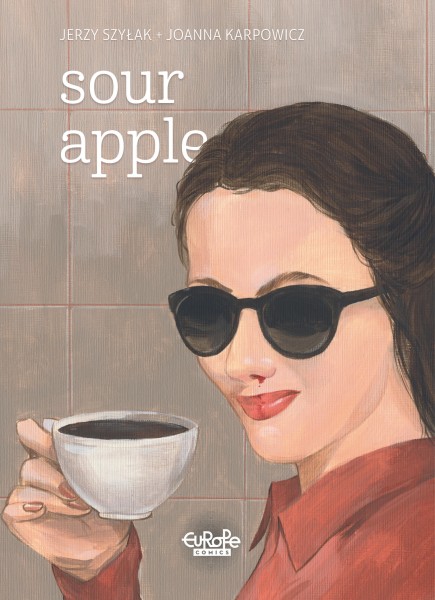 By all appearances they are a happy couple. Married, religious, hardworking. What

happens behind closed doors, however, is a secret, even to those closest to them. “Kwaśne jabłko” (Sour Apple), written by Jerzy Szyłak and illustrated by Joanna Karpowicz, tells a story of domestic abuse, a story of a victim and persecutor. This story of violence spiraling out of control brings no hope, instead playing on emotions and powerful illustrations, painted with acrylic on canvas-textured paper, to create a unique atmosphere of horror. It is violence as seen by a painter. In truth, no one would like to hear this kind of story, and yet such stories are told, and need to be told. They need to be told because they happen to real people, be they old or young, educated or uneducated, pious or atheist. None of these people wants to take a bite from the sour apple in the basket. However, it happens to some. That is why such stories must be told.

“The story by Jerzy Szytak is unnerving, well written and emotion filled. The art by Joanna Karpowicz deserves to be in a museum, as it they are pleasant to the eye, and humanizes these characters. ” Graphic Policy
4,99€ 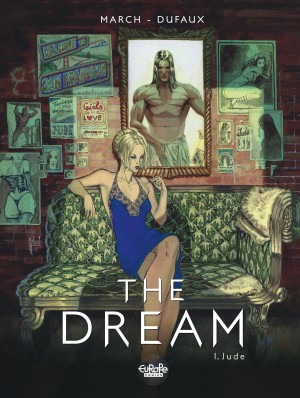 It’s supposedly what everyone wants: fame and money. The American star-making machine never stops in its efforts to uncover new talent, because talent is what feeds it. Megan, a talent scout for... ON SALE: 2,49€
The Dream 1. Jude Guillem March & Jean Dufaux 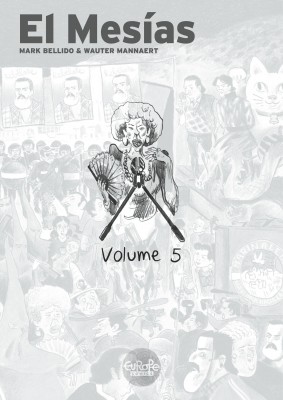