Joanna Karpowicz, born in 1976, is a painter, illustrator and comic artist from Krakow, Poland. She studied painting at the Academy of Fine Arts in Krakow, finishing with a master's degree in 2001. Born into a family of artists, she exists in the art world as "a painter who makes comics" or "a comic artist who paints," depending on one's point of view. Lipstick, written by Jerzy Szyłak, and published by Mandragora (2003), was her first published comic album. A brutal and dark story about a transgender policeman that was painted with acrylics on paper with a canvas texture — Joanna's favorite technique. Other published comic include the futuristic tale Jutro będzie futro, published by Atropos (2005), and Postcards from Białystok, published by the Ludwik Zamenhof Center (2013). In 2017, she finished working on two comic stories: Anastasia, written by Magdalena Lankosz, published by Kultura Gniewu, and Sour Apple, written by Jerzy Szyłak, published by Timof Comics (Europe Comics in English). Both of these speak about violence and the role of a woman in an abusive relationship, touching on different aspects of the problem. 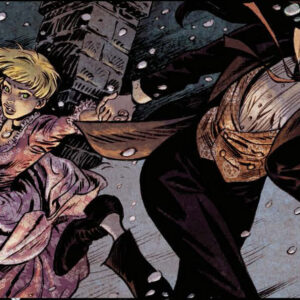