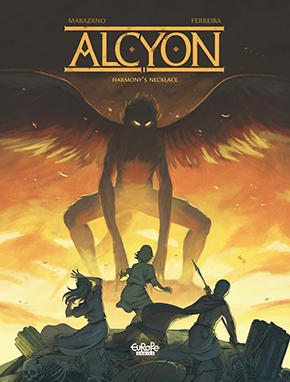 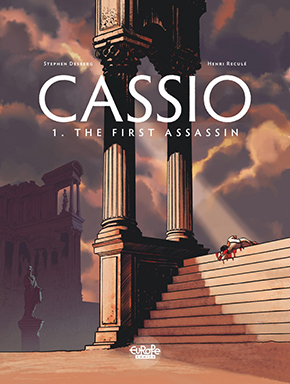 Rome, 145 CE: Cassio, a prominent lawyer who once saved the Emperor’s life, wakes in the night to noises. Four assassins have entered his villa and overpowered his formidable slave, the warrior Alva. He seems to know them, and knows why they have come… Ephesus, present day: archeologist Ornella Grazzi finds a ruin with a fresco of Cassio’s face. The papyrus scrolls inside tell the beginning of a story she has long suspected and been searching for clues to all her life: how Cassio survived his own assassination and came back from the dead for vengeance… 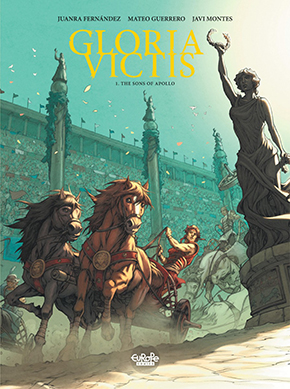 There was a time when certain mortals could become gods. At this time, two thousand years ago, men would pass into legend by risking their lives to entertain the crowds; famous charioteers who, perched on their chariots like Apollo, would fight for their lives and their honor in the arena. This is the story of one of those heroes: Aelio Hermeros, perhaps one of the greates chariot riders of all time. He was a mortal immortalized in the memory of those who saw him compete, who witnessed his defeats, his victories, his blood spilled and, most of all, his glory. 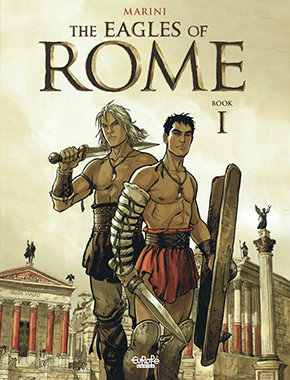 The Eagles of Rome

The strategic general Drusus is entrusted with the mission of bringing the indomitable barbarians of Germania under the Roman Empire’s control. Once the battle is won, Prince Sigmar offers his son, Arminius, as a hostage to the Romans. Caesar consigns the education of the young barbarian to one of his most trusted companions, Titus Valerius Falco. Titus has a son of the same age as Arminius, an unruly young man called Marcus, also in need of an education worthy of his name. Together, these two budding soldiers go through full training, and are time and again subjected to the steely discipline and harsh tests of their tutor, an ex-legionary. Through these trying experiences, the insolent young Roman and the hot-headed German gradually transform their reciprocal hatred into a strong friendship… especially as they begin to discover the irresistible charms of their various female contemporaries… 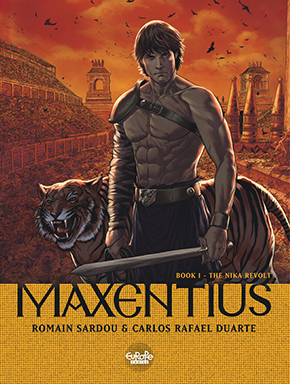 The year 532. Justinian rules over the Eastern Roman Empire, his wife and most maleficent ally, Theodora, at his side. From his capital of Constantinople, he dreams of restoring the empire to the splendor of Ancient Rome in the time of the Caesars. But during the month of January, following an accident during a chariot race in the Hippodrome, Constantinople is set ablaze. Now everything hangs in the balance: the throne, the imperial couple, the empire… Maxentius, an animal trainer and the empress’s assistant, has just a few hours to save centuries of history. A few hours during the Nika revolt, supposedly the bloodiest massacre in antiquity… 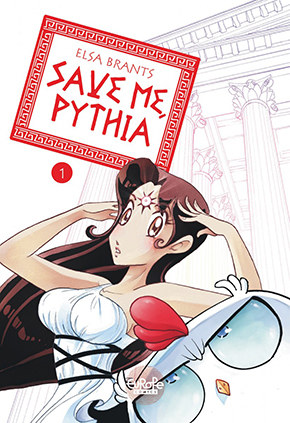 Pythia lives in Delphi, in Ancient Greece, and between her classes at high school and her part-time job at the temple of Apollo, she leads quite a normal, boring life… until the day that she refuses Apollo’s advances and he places upon her a terrible curse. She is now able to predict the future, but whenever she sees a catastrophic event on the horizon, no one believes her warnings and she is helpless to stop it from taking place. However, her new skills draw the interest some of the highest authorities: Zeus, the king of the Gods, entrusts her with a mission. Zeus has fathered yet another bastard child, a boy named Xanthos, and his wife Hera is on the war path. Wherever Xanthos goes, she rains down misfortunes and disasters, but maybe Pythia’s prophecies could help the arrogant young Xanthos to survive the wrath of Her. 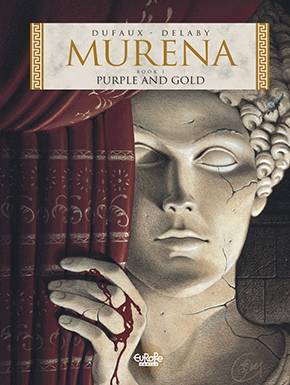 It’s stinking hot, and the crowd is beginning to lose interest in the last few gladiators still fighting for survival in the arena. Only the Emperor Claudius is still riveted, determined to stick it out until the death rattle of the last fighter announces the end of the day’s frivolities. Life is just as ferocious outside the arena. Everyone wants the power; everyone is willing to kill to get itFor Agrippina, Claudius’ second wife, her dear husband has served his purpose. Now that he has acknowledged her son, Nero, as his heir, it’s high time he disappeared. But Agrippina has time against her: there’s talk of Claudius wanting to renounce her in favor of the woman he loves, Lolia Paulina. Needless to say, it doesn’t end well for poor Lolia…

Pygmalion and the Ivory Virgin 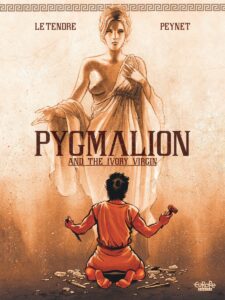 After “La Gloire d’Hera” and “Tirésias,” Serge Le Tendre is back with a new Greek tragedy.

Convinced that an extraordinary destiny awaits him, the young sculptor Pygmalion throws himself into the creation of a work that will change his life. He carves an ivory statue of his ideal woman, leading him to lose his mind and shut himself away, even rejecting the passionate and very real love of a young woman named Agape… The gods often meddle in the affairs of men, so Aphrodite, the goddess of love, decides to give the statue life in answer to Pygmalion’s mad desires. But there is a price to pay!