Ageless, with long white hair and an austere face, Rork comes from a parallel world and travels through time and space. Sometimes a spectator, sometimes the player, he is the converging centre of contradictory forces. The objective of this likeable but sometimes confounding character is to escape from the influence of these strange controlling forces and to finally be the master of his own destiny. His journey consists of seven stages and unfolds over three centuries. 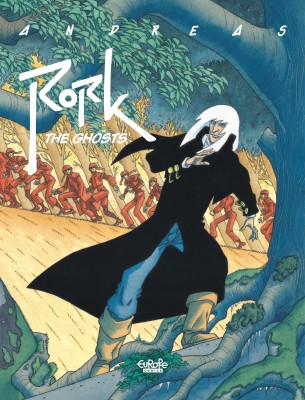