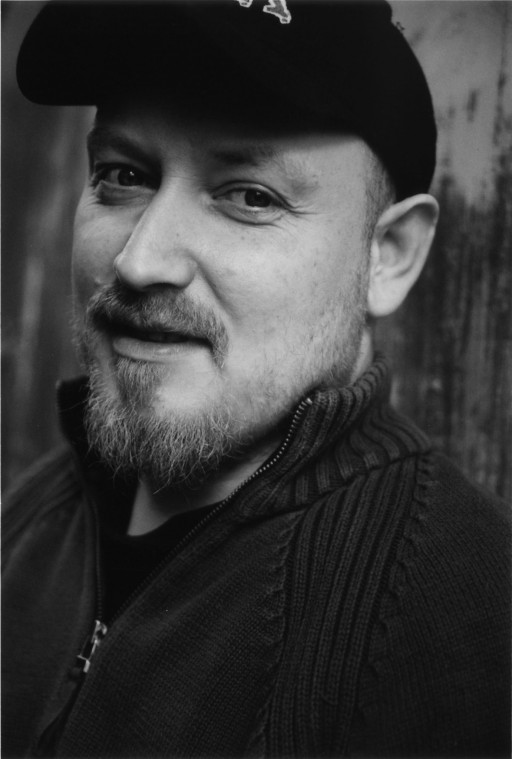 International Comics Prize, City of Geneva, Back to Basics V3, 2006

Manu Larcenet was born in 1969. At the age of 10 he launched himself into the world of comic books: he began drawing them every day and would never look back. He joined Fluide glacial in 1994, and then everyone was after him — Spirou, Dupuis, Glénat… In 2000, he moved on to the collection Poisson Pilote (Dargaud) with Lewis Trondheim, creating Cosmonauts of the Future (Europe Comics 2016), followed by Les Entremondes with his brother, Patrice Larcenet. A few years later, he went on to create the magnificent Le Combat ordinaire (Ordinary Victories, Dargaud/Europe Comics). Meanwhile in 2001 he moved to the countryside. This significant existential turn would yield Le retour à la terre (Dargaud 2002, Europe Comics 2016, Back to Basics), which was elegantly scripted by his friend Jean-Yves Ferri. From 2008 to 2014, he dedicated himself to Blast (Europe Comics 2015): four volumes of complex, somber, tragic action, full to the brim with lavish humanity and fascinating savagery. In 2010 and 2012 he published the marvelous Peu de gens savent and Nombreux sont ceux qui ignorent, with Les Rêveurs, a publishing house he co-founded in 1997 with his friend Nicolas Lebedel. In 2012, he illustrated the Daniel Pennac novel Journal d’un corps published by Futuropolis-Gallimard. In 2015, he took on his first adaptation: Philippe Claudel’s masterpiece, Le Rapport de Brodeck, with Dargaud. 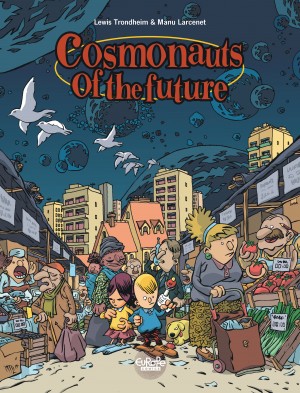 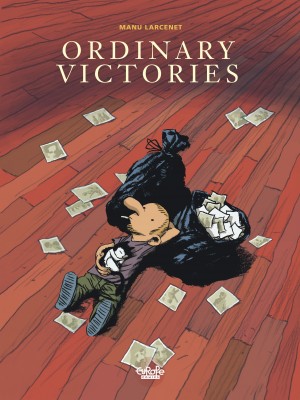 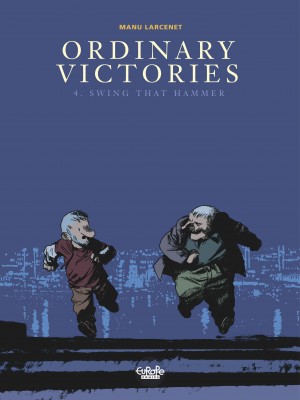 The shipyard shuts down, Marco becomes a father, his mother learns how to live alone, a man dies in the countryside, and a journalist flies off the handle. Through the little things, marked moments... 4,99€
Ordinary Victories 4. Swing that Hammer Manu Larcenet 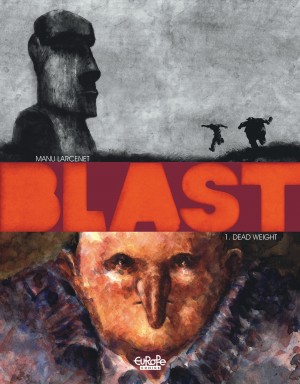 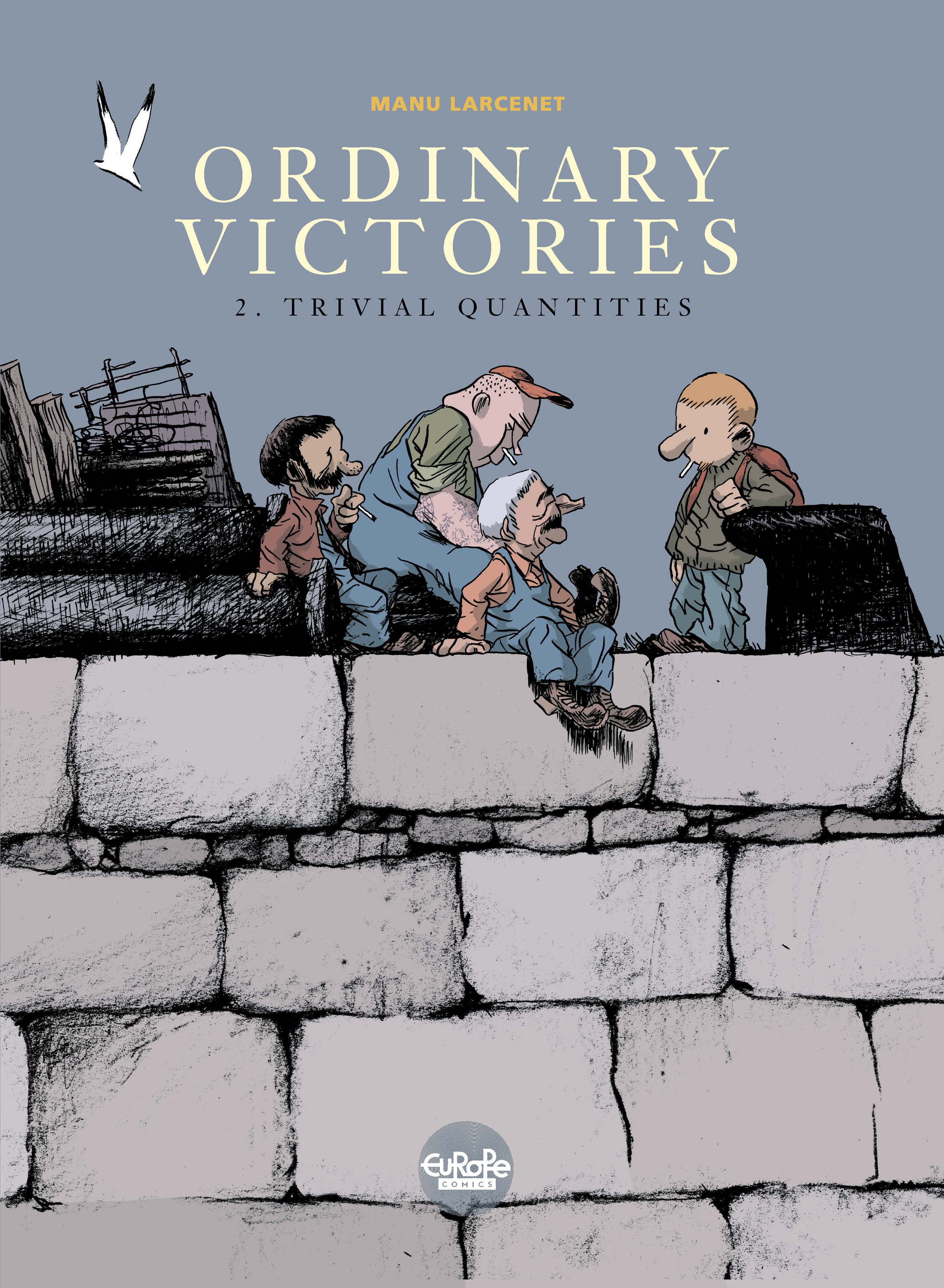 Sometimes tragic, always moving. Trivial Quantities talks about the relationship between the artist and his work, the rise of extremism and the connection between people with huge sensitivity and a... 4,99€
Ordinary Victories 2. Trivial quantities Manu Larcenet 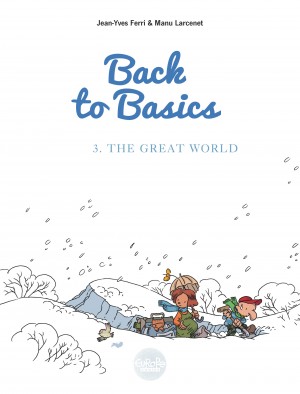 So it’s finally happened: Mariette is pregnant. And so is Manu. He’s brushing up on his baby and parenthood knowledge with the help of Dr. Spock, who, Manu finds, is rather evasive... ON SALE: 4,99€
Back to Basics 3. The Great World Manu Larcenet & Jean-Yves Ferri 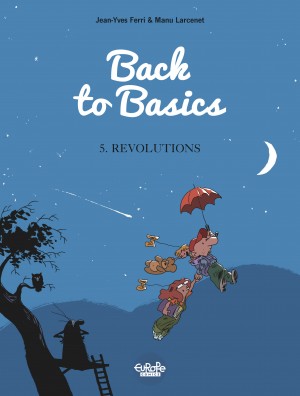 Tensions are running high in Ravenelles! Manu is feeling a little fragile what with Mariette taking up her studies again, his own professional dilemmas in the mix and a young child wreaking havoc in... ON SALE: 4,99€
Back to Basics 5. Revolutions Manu Larcenet & Jean-Yves Ferri 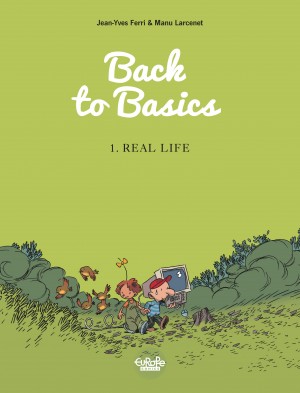 Aaah, the countryside! Fresh air, green fields, home-grown vegetables… the dream (or the nightmare) of all city-dwellers. Well, this is the tale of when it became Manu Larcenet’s reality. One... ON SALE: 4,99€
Back to Basics 1. Real life Manu Larcenet & Jean-Yves Ferri 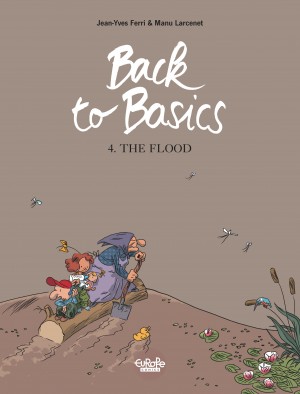 Capucine isn’t sleeping at night, Ravenelles is hit with the storm of the century, M. Henri is building himself some sort of ark in preparation… and Manu seems to be suffering the strangest of... ON SALE: 4,99€
Back to Basics 4. The Flood Manu Larcenet & Jean-Yves Ferri 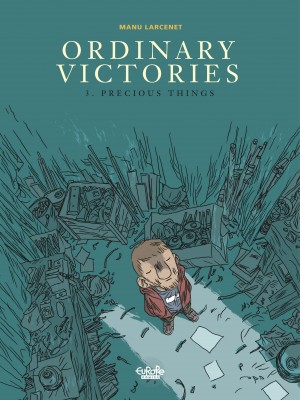 This is the third volume of one of the most remarkable works of the contemporary comic books scene. In “Precious Things,” Marco has to face up to Emilie’s maternal longing and the... 4,99€
Ordinary Victories 3. Precious Things Manu Larcenet 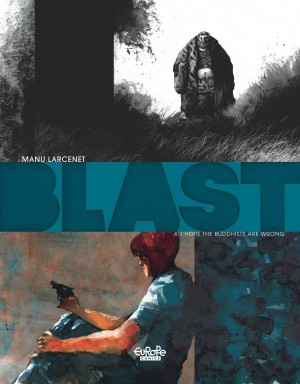 The Mancini interrogation is finally wrapped up in this fourth and final volume Manu Larcenet’s masterpiece. His immaculate plotline reaches a conclusion that will leave you wide-eyed and... 9,99€
Blast 4. I hope the Buddhists are wrong Manu Larcenet 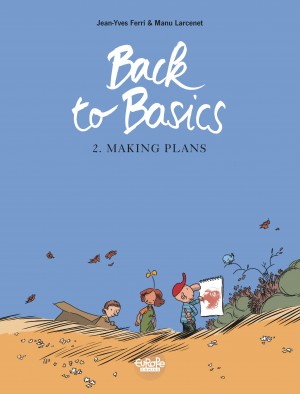 Manu and Mariette have immigrated to the countryside. Manu wants a vegetable garden and Mariette wants a baby. But Manu, who’s celebrating with much jubilation the birth of his very first... ON SALE: 4,99€
Back to Basics 2. Making Plans Manu Larcenet & Jean-Yves Ferri 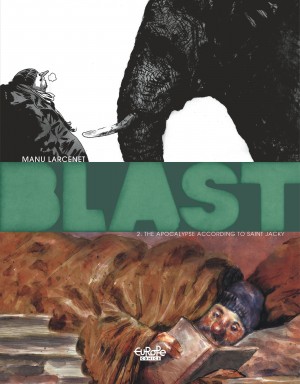 Back to the interrogation room nestled at the heart of that gray, clouded metropolis, and Polza’s story continues. We soon find ourselves extracted from that police station, the metaphor for... 9,99€
Blast 2. The Apocalypse according to Saint Jacky Manu Larcenet 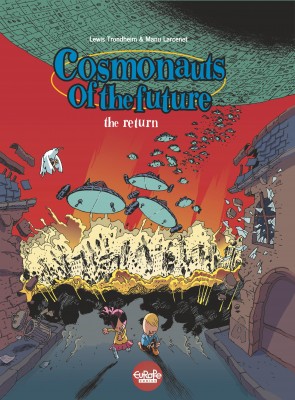 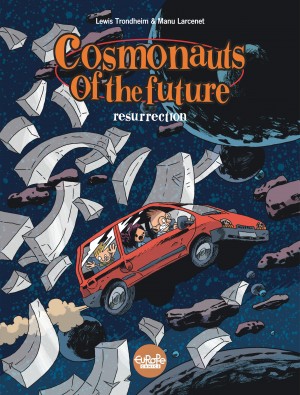 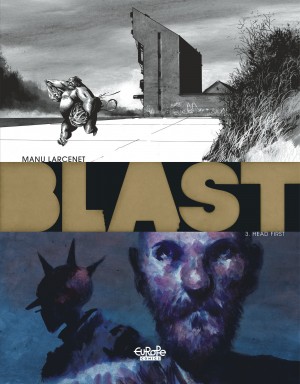 Mancini’s story gets harder and harder to digest, as it spirals towards it’s violent and sordid climax. We see cracks beginning to appear in that seemingly impenetrable calm he maintains... 9,99€
Blast 3. Head First Manu Larcenet 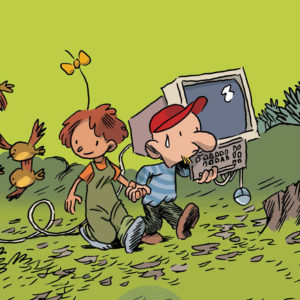 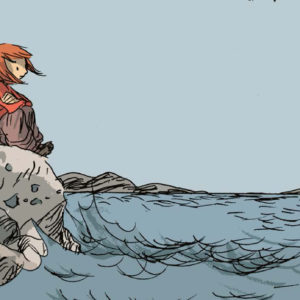