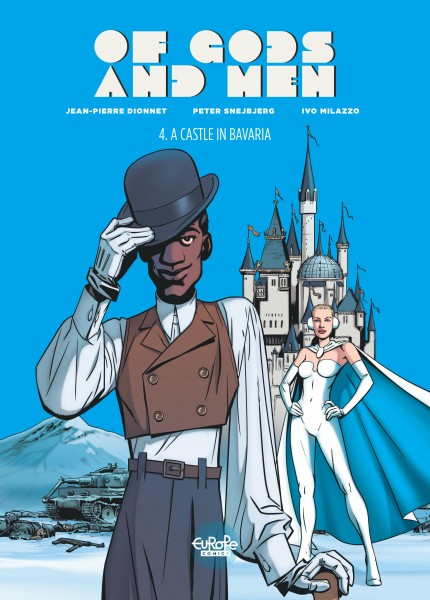 America has entered the war, throwing its weight against the Axis powers. And the gods have joined ranks with them. The Snow Queen and the Dancer are sent on a recon mission in Bavaria, at the site of the last castle built by Louis II. The area is strangely devoid of military activity, and its their job to figure out why. Little do they know that the secret they uncover could change the face of the war—whether it’s at the hands of the Nazis on the decline, or the Soviets on the horizon.

1. The End of the Beginning Of Gods and Men Laurent Theureau & Jean-Pierre Dionnet

2. Between Day and Night Of Gods and Men Roberto BaldazziniCorrado Mastantuono & Jean-Pierre Dionnet

3. A Small Town in America Of Gods and Men Danijel Zezelj & Jean-Pierre Dionnet