Home > Catalog > 2. Between Day and Night 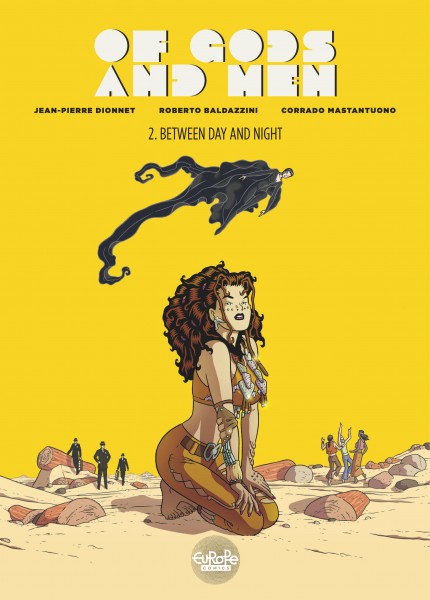 Ever since the Great Crash in 1929, the world has been grappling with an altered reality, as a new order of gods has joined humans on Earth. Fast forward to several decades later, in 1970, when it is rumored that a certain goddess can help humans to become gods. We follow one man, who epitomizes the American Dream, as he gives up everything to find Lilith, the “Mother of Evolution.” But another goddess, The Queen of the Night, intercedes. Why? Just what does it take to be a god?

1. The End of the Beginning Of Gods and Men Laurent Theureau & Jean-Pierre Dionnet

3. A Small Town in America Of Gods and Men Danijel Zezelj & Jean-Pierre Dionnet

4. A Castle in Bavaria Of Gods and Men Ivo MilazzoPeter Snejbjerg & Jean-Pierre Dionnet