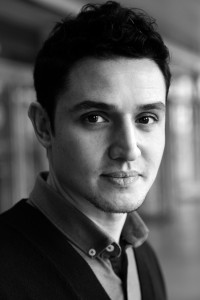 I have been drawing for as long as I can remember. My older brother drew and read comics, so I suppose I got my interest in comics from him. Drawing is really what interests me the most, and comics are a perfect way to express my love of this art form. If I hadn’t committed myself to comics, I would have ended up with any job related to drawing…

I’ve got a lot of influences! And, due to my background in Fine Arts studies, not only in the world of comics. Within comics, I also have many different influences. I believe my style reflects a bit of each of them, whether they be European comics, American comics or Manga. The authors I admire the most are Jean Giraud, Frank Miller and Katsuhiro Otomo, amongst others… 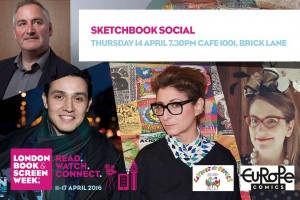 Which scriptwriter (dead or alive) you would have loved to collaborate with?

Frank Miller, without a doubt. But many others too, I also like Fabien Vehlmann a lot… In any case, I’m really happy with Robledo, my regular collaborator. I’d like to be able to collaborate with him for the rest of my life.

I buy a lot of digital comics, and I think they are very useful when deciding on the comics you want to have in paper format. For me it’s a medium that allows discovery, thanks to its narrative and interactive possibilities. 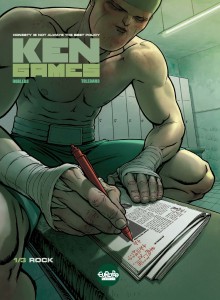 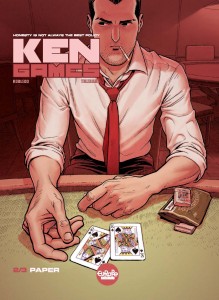 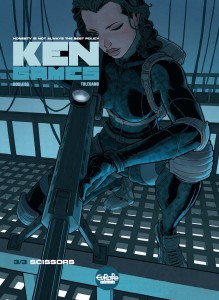 Tell us a bit about Ken Games. What’s the story behind the book? How did you come up with the idea and what was the process of creating it like?

Ken Games is my first professional work. Obviously not the first comic I’ve drawn, but the first one I got paid for. It was a big responsibility. Luckily, it’s a work that was created with much joy and confidence, which compensated for the lack of experience graphically speaking, I think. The creative process was carried out in a very close collaboration, because Robledo also draws, and on top of that he’s my best friend. We discussed all the ideas together, although in the end we decided to clearly separate the tasks: he had the last word regarding the script and I, the artwork. When you have to make progress on a project with such a personal implication, it’s the easiest and the most practical way.

Marcial Toledano will be with Europe Comics in London April 12-14. More details here.