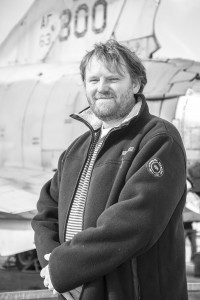 Wallace was born in Normandy in 1967. After studying accounting, he became a teacher, but continued to pursue in parallel his lifelong passion for comics. He began contributing to a fanzine called Tout bulle..., and met numerous authors through interviews and festivals. He soon developed a desire to write his own stories, and came out with Chant des Terres, a two-part tale set in Scotland and published by Paquet. Along the way he crossed paths with Alexandre Paringaux, founder of Zephyr Publishing, and pitched a project called Le vol des anges, a family saga about World War I and some of aviation's pioneers. Following its success, he continued writing for the publisher, creating FAFL, taking place during World War II, and Air Forces - Vietnam. In recent years their collaboration has only grown tighter, thanks to a two-part series with Patrice Buendia called Air America, as well as an ambitious four-author project titled L'Aigle à deux têtes (Wings of War, Europe Comics), teaming with artist Julien Camp on the Eagle subseries, which recounts the story of an American B-17 pilot during WWII; his life is destined to intersect with that of a Nazi fighter pilot, whose story is told in parallel in Adler.

It’s early 1943 and Hans Raeder, still trapped inside the body of James O’Brady, somehow manages to escape the chaos in North Africa and make his way to the Pacific, where another war is... ON SALE: 2,49€
Wings of War Eagle V3: The Roots of Evil Julien Camp & Wallace 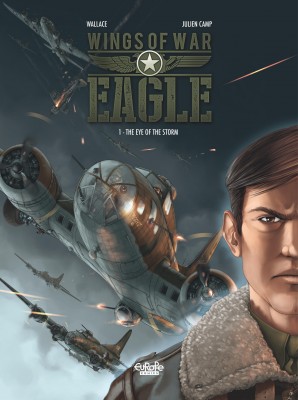 The son of a hero from the Great War who made his fortune in the steel industry, James O’Brady is destined for a great career in politics. When his father is appointed ambassador to Germany, James... ON SALE: 2,49€
Wings of War Eagle V1: The Eye of the Storm Julien Camp & Wallace 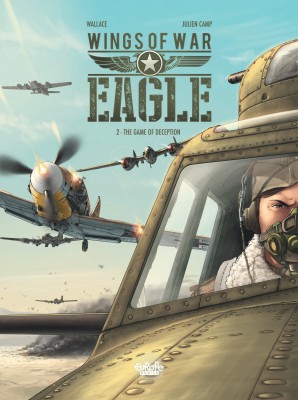 Late 1942: After his B-17 was shot down and struck by lightning, U.S. Air Force pilot James O’Brady comes around believing he is Hans Raeder, a German fighter ace. As he struggles to come to terms... ON SALE: 2,49€
Wings of War Eagle V2: The Game of Deception Julien Camp & Wallace

Autumn 1943: Nouméa, French Caledonia. James O’Brady is still tormented by visions of Esther, whom he left behind in Germany, and haunted by his nemesis, Hans Raeder. Hoping to rebuild his... ON SALE: 2,49€
Wings of War Eagle V4: Redemption Julien Camp & Wallace 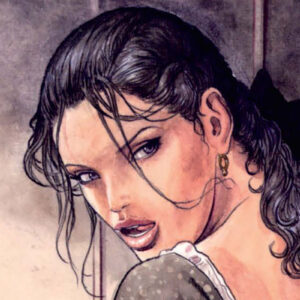