After a job that went wrong, Zdenka and the other “Galactic Sistas” decided to go their separate ways. But now Zdenka has found something that seems to offer big rewards for zero risk, which is why she’ll need to convince her “sistas” to get the old gang back together. The job? Taking the director of the Economic Consortium’s daughter safely across Alliance lines. Fearing that too large a protection detail could attract unwanted attention, the director has requested something more discreet. But his headstrong teenage daughter isn’t going to make things easy. And as if that wasn’t enough, certain people seem to have a score to settle with Zdenka… Action, comedy, girls, and big guns are all on the menu in this first-rate space opera. 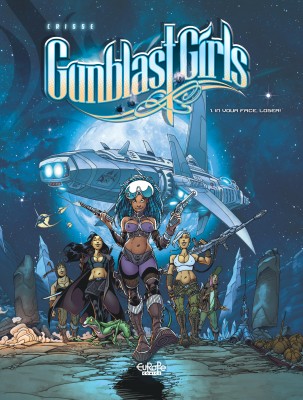