Norman is a professional jazz musician. One evening, in 1966, his girlfriend Emily leaves him. From that moment on, Norman considers himself incapable of playing a single note correctly. He has only one burning desire: to give up music. Problem is, that’s exactly what every one else doesn’t want him to do; he is even hired for a European tour.

Years later, in 1999, Norman has fled to the French countryside, where he leads a quiet life without music. He receives a letter from Emily announcing that she will be coming to visit for the New Year.

The reunion goes beautifully, and that evening, Norman plays for the first time with a group of young people… and before he knows it, he’s kidnapped by a cult, flees, and finds himself lost with Emily in the forest in the middle of a storm. That night, with Emily in his arms, waiting for dawn to arrive and for someone to come find them, Norman finally plays the right notes.

Alexandre Clérisse gives us a superb story of thwarted love and artistic creation: simple, subtle, funny, occasionally a little mad, and always marked by affection for its characters. 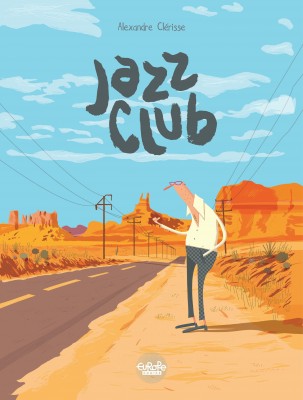