Prosperi Buri comes from a family of artists. His influences are "Gaston Lagaffe" and the cartoonist JC Menu, who created "Omelette" and "Mune Comix." In the 2000s, Buri self-published several fanzines, such as "GO WEST!", and then his first comic, "La Montgolfière" (Warum Publishing). With "Une histoire du Velvet Underground" (Dargaud; "The Story of the Velvet Underground," Europe Comics) he is determined to shed light on the greatest rock band of all time. He is also part of a rock band himself, called The Dirty Cousins' GroiXplosion. 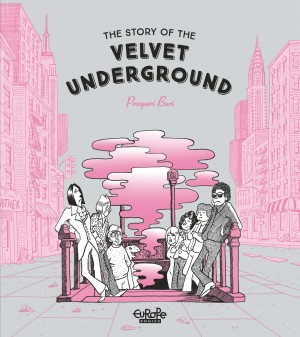