Nicolas Debon was born in 1968 in Lorraine, France. He studied at the Fine Arts School of Nancy, after that, he did a series of odd jobs in the cultural field. In 1993, he moved to Canada for 10 years and became designer of stained glass. During this decade, he discovered the world of children’s illustration. His early work was released by north-American publisher and began to get noticed. He was laureate of the Boston Globe Horn Book Awards, one of the prestigious prices in children’s literature. Debon came back in France, where he focused on children’s illustration and comics. Since 2009, he released 3 comics with Dargaud. His last work was L’Essai (Dargaud; The Colony, Europe Comics in English) in 2015. You can tell Debon’s work by his extreme sensitivity and an impressive mastery of colors and drawing. 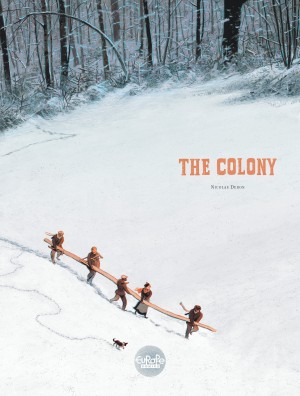