Home > Catalog > Masks
Mexico City: Hector Campos, 15 years old, is a street boy. His ability to
make anyone believe anything leads him and his brother Jorge to get involved
with the trafficking of pre-Columbian antiquities. Among the objects, an Incan
mask attracts Hector’s attention…
France: Siera Ladiba, 16 years old, fled her country in the midst of a civil war
and found a host family. A gifted student, she is about to graduate from high school.
At home, a package is waiting for her containing a mask from Burbuto…
Meanwhile, Al, a rather quiet 14-year-old skater, divides his life between his friends and
his girlfriend, Ophélie. Al’s name is actually Alicia. He lies to everyone about
his gender, outside of his parents. His father is a theater director and collects
antique masks. Among them, a Greek mask has always fascinated Al.
One student has noticed Al’s dilemma. Gunawan would like so much to reassure
him that he can be whoever he wants to be… but this young boy won’t
dare say a word. Painfully shy and reserved, he doesn’t talk to anyone. His
family also owns an ancestral mask from Bali… One by one, they don their masks
and discover their powers. Siera, Al, and Gun
meet a man named J.S., who explains that the masks have chosen
them. He reveals that each mask is looking for a person with a big secret
to hide. They will have to accept who they really are to fully use their new
powers, and the clock is ticking: Hector is being forced to use his power for evil, and only another mask can stop him… 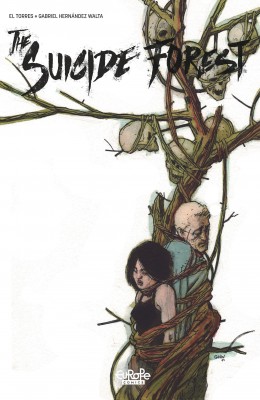 Ryoko and Alan find Masami’s dead body and spend the night fighting against their memories and the lost souls. They do not know if they will survive this night and if their future will be even... 2,49€
The Suicide Forest The Suicide Forest #4 Gabriel Hernández Walta & El Torres 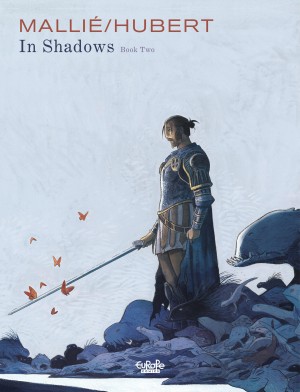