Wojciech Stefaniec, the award-winning artist behind Come Back to Me Again and Noir is off to New York together with Europe Comics to promote his work during the MoCCA Arts and Comics Festival as well as other events running across town (you can find the whole listing here). So we used this occasion to ask Wojciech a few questions about his work and inspiration.

How did you decide to become a comics artist? And if you hadn’t, what other career do you think you would have chosen?

I’ve been interested in comics ever since I can remember. I would always bring a comic book to my reading classes in primary school. Mostly Punisher. I began to think about creating my own stories after coming across the first edition of Spawn. That’s when it all started. Over 10 years ago. Music!!!! Apart from that, mostly I get inspired by people, their life stories and emotions. Their problems and ways of dealing with them. There are a lot of masters that influenced me: Todd McFarlane, Dave McKean, Bill Sienkiewicz, Kent Williams, Craig Thomson, Jason Shaw Alexander, Moebius, Jon J. Mute, Nicolas De Crécy, Alexandro Jodorowsky, Vincent van Gogh, Edgar Munch… Anyone who would inspire me and allow me to feel at home in the world that he or she created.

I personally love the scent of printed comics. I enjoy the ritual of reading, with all my muscles relaxed and only one still active. But I am aware that digital comics have much wider outreach. The access to comics through digital services is available to people from different continents, without them having to spend more money, time or energy to get it. You simply click a few times and read. It’s great.

In the Europe Comics catalog there are two of your major works – Noir and Come Back to Me Again. Which one would you say is closer to your heart and why?

They both required the same amount of emotions and energy from me. Even though the stories were different in terms of their form and subject, creating both gave me as much joy. Therefore I can’t distinguish between them. While these stories aren’t similar to each other, the main subject remains similar: going from one extreme to another, whether it is with drug abuse or emotions. That’s why I am not able to tell which one of the two is better or worse. 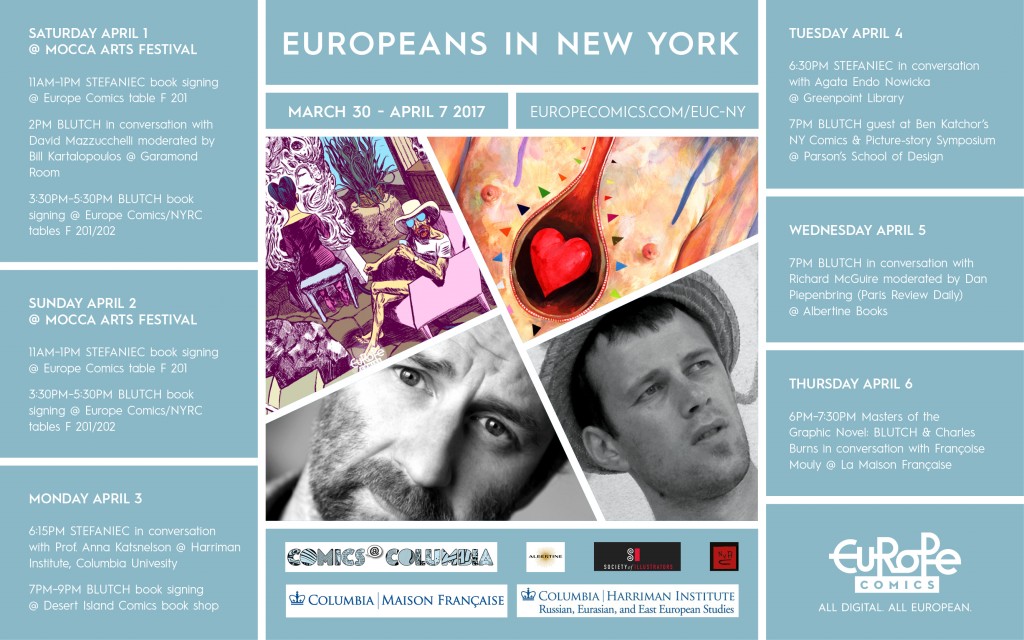