Born in 1974 in France, Thierry Gloris spent his childhood reading Asterix, before learning through school about 19th-century authors like Zola, Balzac, Edgar Allan Poe and Lovecraft. He specialized in history in college. However, upon his daughter’s birth he decided to realize his childhood dream: becoming an author of comics. Over the course of ten years and about forty books, he has discovered that his true passion is storytelling, and he has specialized in themes like identity and mystery, and in genres such as historical retellings. Most recently, he has written the script for the series Wild West, with Jacques Lamontagne (Dupuis; Europe Comics in English). 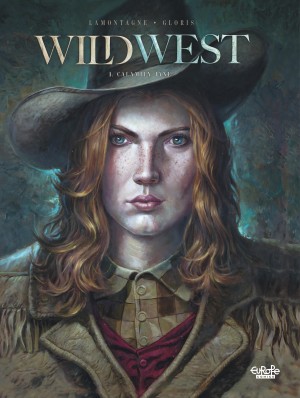 The westward drive of Americans after the Civil War was unstoppable. For some, the vast territory meant new wealth and new opportunities. The ever-progressing railroads made many rich. Whereas others... 4,99€
Wild West 1. Calamity Jane Jacques Lamontagne & Thierry Gloris