Born in Soest in 1960, he spent his childhood painting too many Donalds. After a brief, and, according to his parents, highly promising, stint as a journeyman carpenter, he was abruptly and unexpectedly admitted to Düsseldorf Arts Academy. There he was side-lined for five years with oils, Play-Doh, and painting-by-numbers books. Unnoticed by the art professors, he secretly continued to draw picture stories. Even though he was certified with a serious predisposition for the same sex and too much imagination, he was released after ten semesters. Since then, he has been penetrating people at home and abroad with his unrestrained and hedonistic bulbous nose characters. In 1993, this earned him the accusation of portraying homosexuality as natural and of discriminating against heterosexuality (as phrased in a censorship application submitted by the Bavarian youth welfare office, which was denied by the review board on grounds of the protection of the arts). Ralf König lives and scribbles undisturbed by the state in Cologne, Germany. 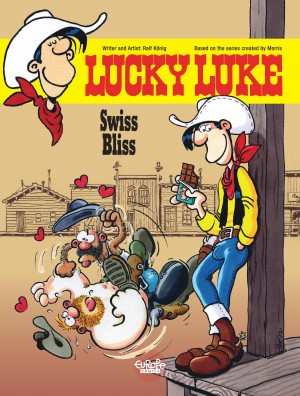