Libon was born in Paris on May 6, 1972. He studied at the art school in Beauvais, graduating with a degree in graphic design. He worked in the video game industry for five years but then got tired of the overly structured environment and turned to comics. His first work was a joint effort with Boulet for the magazine Tchô! In 2004, his work appeared simultaneously in Fluide Glacial (Hector Kanon) and Spirou, where his first full story appeared: Jacques the Little Giant Lizard. This lizard, a victim of nuclear bombing, became his first recurring hero, appearing in a series of three humorous books published by Dupuis. In 2006, he met Sergio Salma at Spirou's editorial offices. Together, they came up with the concept of a vertical strip to appear on the Table of Contents page: Animal Lecteur. Ever since then, the cleverly titled strip ("lecteur" means "reader" in French and the whole thing rhymes with Hannibal Lector) has become a favorite of readers, poking fun as it does at the habits and quirks of professional and amateur cartoonists. Libon has also been able to express his zany side with The Horsemen of the Apocadisp (appearing in Spirou) and Tralaland (Bayard), where his natural talent for drawing absurd-looking characters has worked wonders. Libon has been fascinated by musical instruments ever since he was a kid and makes his own instruments, too—when he's not busy sculpting, painting, creating visual montages, welding, casting, etc.: the king of comic faces is also an eclectic craftsman.

Libon's visual humor is as sharp as his talent for creating absurd, whacky situations. This Spirou Magazine mainstay is one of the most original humorous illustrators of his generation. 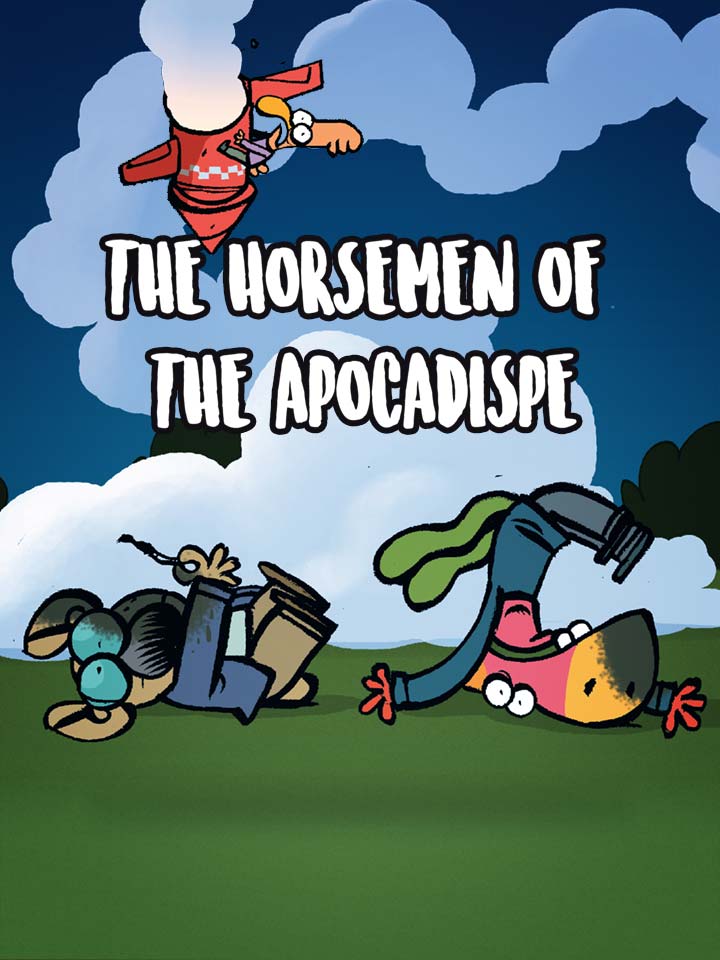 Harry is a yellow and white bear with his own take on what it means to live a good life. Along with...
Harry Harry Benus & Libon