Javi Rey was born in Brussels on June 4, 1982. He grew up and lives in Barcelona. After his university studies, he went to Escola Joso, the famous Catalan school of illustration, where his teachers passed on to him their passion for the world of comics. He started his career in animation and as a storyboarder for various advertising agencies. In 2020, he worked with the great scriptwriter Frank Giroud who entrusts him with the artwork of Adelante (Dupuis), and most recently, he created Un ennemi du peuple, an adaptation of Ibsen's play (Dupuis, 2022; An Enemy of the People, Europe Comics in English). 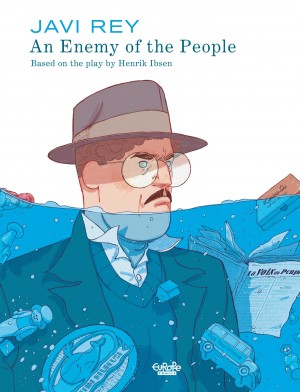