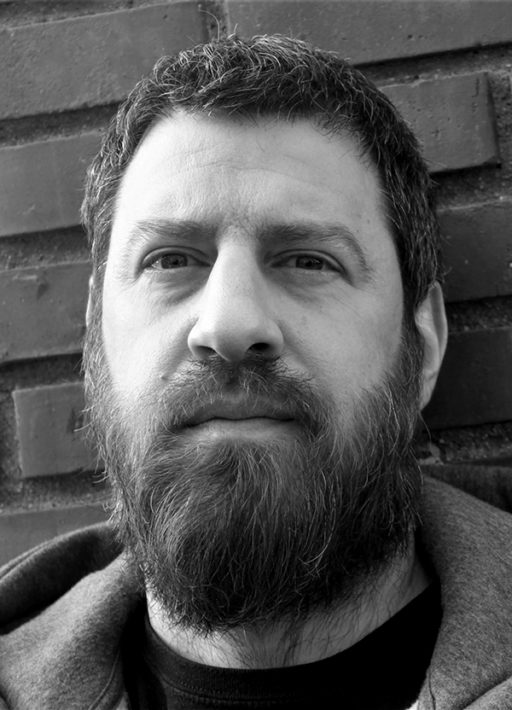 Damián Campanario Hernández, known as Damián, was born in Barcelona in 1976. His formal training is in education, graduating from the University of Barcelona and then going to work for the Ministry of Justice in Catalonia. He would later enter the world of comics by taking part in the collective work Barcelona TM, published by Norma, where he had the chance to work alongside numerous other comics creators. From there, his projects grew in scope, ranging from the adaptation of a novel (Lágrimas en la lluvia) to the wartime graphic novel Blechkoller, his first work published in France. Over the years, Damián has steadily made his mark on the comics world, showing his incredible creativity and versatility with each new project, both collaborative works and new series, with an increasingly international reach. His series GenPet (Ankama), created alongside Àlex Fuentes, captured readers’ imagination across France, Spain, Italy, and the US, winning awards along the way. Damián and Àlex Fuentes have now come together again for the series Perdus dans le futur (Dupuis; Lost in the Future, Europe Comics), an adventure saga for younger readers filled with surprises at every turn.

A group of students is on a field trip to an ancient castle when a storm erupts. As they are about to leave, four friends are cornered by the class bully, who tries to pull one of his usual pranks.... 7,49€
Lost in the Future 1. The Storm Alex Fuentes & Damián

The future is no walk in the park… as our five young friends are about to find out once more! With the help of the Knights Templar, our heroes have made another jump through time in an attempt... 7,49€ (PRE-ORDER)
Lost in the Future 2. Trapped! Alex Fuentes & Damián