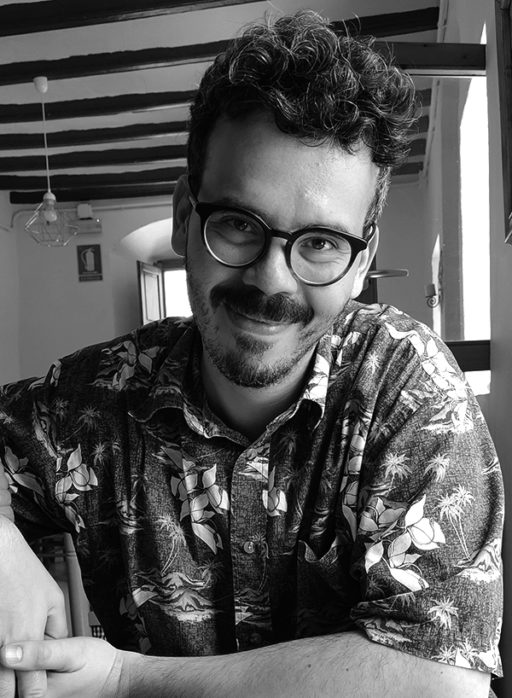 Spanish artist Àlex Fuentes was born in Barcelona in 1982. From a young age, he was drawn to comics and the immersive worlds of Asterix and Lucky Luke, and when it came time to choose his own path, he decided to go down the same road, setting his sights on the acclaimed Joso School in Barcelona. From there, he went to work for an animation studio, followed by a film production company, all while dabbling in fanzines along the way. In 2010 he published a full-length work, Miga, sous les nuages (published by Bang), and in 2016 he had a major breakthrough with the series GenPet (Ankama), created together with scriptwriter Damián. Most recently, the two have renewed their collaboration with the adventure series Perdus dans le futur (Dupuis; Lost in the Future, Europe Comics), an entertaining romp through time in the company of a band of friends far from home. Recognized for his innovative and colorful style, Àlex continues to make his mark on the comics world with each new creation.

A group of students is on a field trip to an ancient castle when a storm erupts. As they are about to leave, four friends are cornered by the class bully, who tries to pull one of his usual pranks.... 7,49€
Lost in the Future 1. The Storm Alex Fuentes & Damián