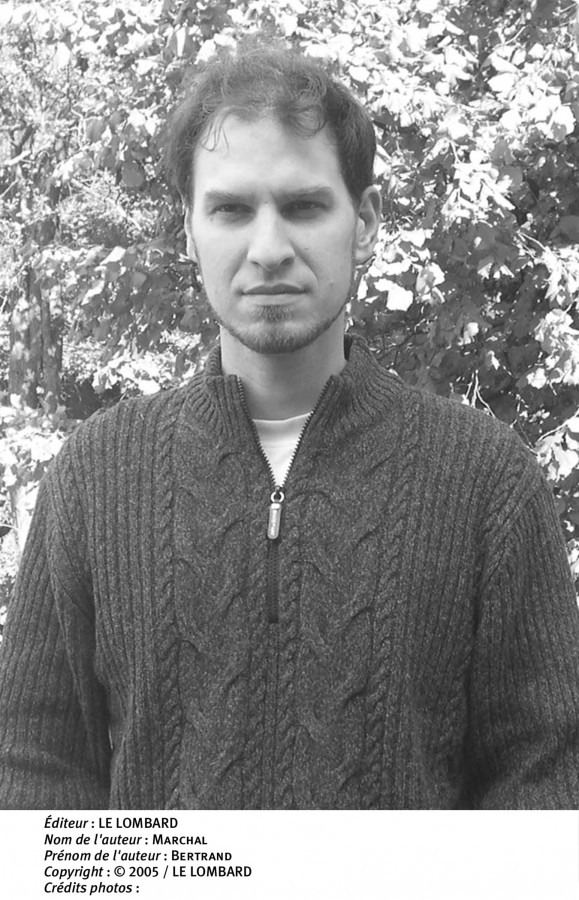 Bertrand Marchal was born in Belgium in 1974. He studied the arts at the École de recherche graphique (ERG) in Brussels, including courses focused on comics. Marchal had the good fortune to learn under such talented artists as Alain Goffin and Olivier Grenson, and he soon began to create his own work, starting with a collaborative project as part of his studies. In 1998 Marchal set out professionally in the world of comics, contributing to Spirou magazine and illustrating the background art for the series Charly (Dupuis). He soon turned to creating his own series, from the trilogy Les châtiments de l’an mil (Glénat) to a long-running collaboration with the prolific writer Rodolphe, including seasons two and three of the cult classic Kenya (Dargaud). His most recent work includes the sci-fi graphic novel L’homme qui inventait le monde (Dargaud; The Man Who Invented the World, Europe Comics).