Born in 1987 in Paris, Baptiste Bouthier is a journalist. He has worked at the French newspapers L'Equipeand Liberation, covering Donald Trump's election to the American presidency in 2016. Recently, he has expanded his journalistic forms to the graphic novel, a medium that has always motivated and interested him. In 2021, he left his role at Libération and became adjunct editor-in-chief at La Revue dessinée, and published 11 septembre, le jour où tout a basculé (Dargaud, Topo, 2021, Europe Comics 2021 for the English edition, under the title September 11, 2001: The Day the World Changed Forever), illustrated by Héloïse Chochois. 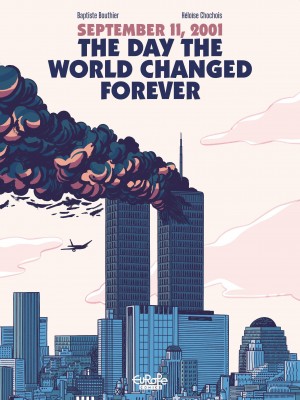