Valerian: A Model for Star Wars 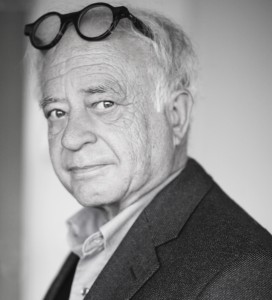 In a galaxy far, far away, human villains hide their cruelly disfigured faces under metal helmets. There are aliens with trunks and fur coats and spaceships able to make the jump to light speed. No, we are not talking about Han Solo and Luke Skywalker’s adventures. We are talking about the story that, in a way, preceded Star Wars – a model for the film in the form of a comic strip.

Valerian and Laureline is the title of the French comic series featuring the two eponymous agents of space-time. In their spacecraft, which looks astonishingly like Han Solo’s Millennium Falcon, the heroes explore remote civilizations and fight tyrants ruling the dark side of the universe. The first comic, created by the French writer Pierre Christin and his colleague and friend, the artist Jean-Claude Mézières, was published in 1967. The award winning series became known in Germany thanks to the specialist magazine Zack. Today, the complete work of seven volumes is available in German, published by Carlsen.

We met Pierre Christin in his flat in Montparnasse, Paris, where we asked him: has Hollywood stolen your ideas? To this question he has more than one answer.

It was in 1967 that the first story of your science fiction comic strip featuring the space cops Valerian and Laureline came out. Ten years later, the first episode of Star Wars was released in cinemas. Strikingly, both this film and its sequels borrowed heavily from your characters, creatures and even from the design of your spaceships.

Yes, that’s exactly what my colleague Jean-Claude Mézières and I told ourselves when we walked out of the cinema after watching Star Wars for the first time. But my first reaction was not anger.

What was it then?

I was thrilled. I watched the film in one of the local cinemas of the Parisian quarter of Montparnasse, where I live. Star Wars was the science fiction film I had been waiting to see. Besides a few exceptions, the other films of the genre were mediocre at best, particularly when it came to the visual effects. I instantly felt connected with Star Wars because of the number of intersections and parallels with our comic strips. George Lucas had created complex worlds, just as we had. Like us, he had staged the functioning of societies from within, although Star Wars focussed perhaps a bit more on the struggle between good and evil. In this respect, Valerian was more European, more intellectual. For my part, this comes from my fascination for science fiction novels by authors like Isaac Asimov and Ray Bradbury. I am sure George Lucas has read Asimov as well. That’s how it goes in sci-fi: It’s all about copying from one another. Or, in other terms: You borrow something from someone else and develop it further. In any case, Star Wars was a huge, positive surprise to me. I loved the characters.

Now that sounds rather conciliatory. But you and your colleague Mézières once drew an illustration for the French comic magazine Pilote, showing your heroes Valerian and Laureline sitting at a space bar table with Luke Skywalker and Princess Leia. Your heroine teases: “We’ve been regulars here for a while now.” Is that your nonchalant way of asking the authorship question?

In the ’80s, particularly in France, people were convinced that George Lucas had stolen from Valerian. This particular drawing was our way of addressing the question in a satirical manner. In general, all you hear from the US in reply to such allegations is that French comics are barely known and not successful at all on that side of the Atlantic – which, on the whole, is true. Nevertheless, the few people in the US who do know French comics fairly well are Hollywood’s art directors and storyboard artists. They might not be able to read the magazines, but they still flick through them now and then in search of ideas. That’s what French film-makers who’ve been to Hollywood have told me: They happened to have seen piles of French comics in the creative departments of various film studios.

Steven Spielberg is one of the few US film-makers to have acknowledged this influence. He has given credit to famous cartoonist Hergé, creator of Tintin, describing him as a screenplay writer with a crayon. Shortly before Hergé died in 1983, the two had a telephone conversation. In 2011 Spielberg released his computer-animated film The Adventures of Tintin. Has Lucas ever tried to get in touch with you?

No. And that was not very comme il faut indeed. Lucas could have contacted us, even just to say “merci” – as a polite gesture, some kind of acknowledgement. But that is how the Americans in Hollywood are. Most of them aren’t bothered about what other artists did in other parts of the world. They don’t hesitate to help themselves. This applies to many film-makers in the US.

Let’s talk about some of the more apparent parallels between your comics and the Star Wars episodes. In The Empire Strikes Back of 1980, Han Solo is frozen in a carbonite block – Valerian had already suffered a similar fate in Empire of a Thousand Planets (Cinebook, 2011) in 1971. Even their haircuts look alike.

Well, they both happen to be heroes of the ’70s. Han Solo’s and Valerian’s haircuts are quite the same. On top of that, our characters and the ones in Star Wars share a particular sense of humour. When something goes wrong, they can live with appearing ridiculous in that particular moment. They are not the typical heroes who come up with a solution to every problem. The couple configuration – Valerian and Laureline vs. Han Solo and Leia in Star Wars – reinforces the humoristic elements. Men and women teasing each other can always come across as very funny. That was completely new to the science fiction genre – be it comics or films.

Laureline had already revealed to comic readers in 1972 a metal bikini quite similar to the legendary costume of Princess Leia in the 1983 episode Return of the Jedi. And Han Solo’s Millennium Falcon looks confusingly similar to Valerian’s spaceship. Didn’t that bother you at all?

You know, my colleague Jean-Claude and I are quite positive fellows. We took that more as a compliment. But following the tremendous success of Star Wars, we came up with a sort of counter-reaction. For a decade we had Valerian accomplish interplanetary adventures of all kinds. We had him take on aliens, exotic cultures, tyrants and evil forces. After Star Wars had absorbed all these motifs into its neighbouring universe, we knew we had to change our story.

So did your comic empire strike back?

Somehow, yes. That’s when we decided to develop the cycle Châtelet Station, Destination Cassiopeia (Cinebook 2015) that sees our time travellers sent back to Earth and the present time. So we can say that Star Wars has also had an influence back on us. Even if we had wished for some kind of recognition, I’d still admire the films. A villain like Darth Vader is simply a cinematic flash of genius, destined to be a great film icon forever. The reason we fear him so much is because he partly reflects ourselves.

Ironically, the film director Luc Besson, who is successful also in the US, has started to adapt Valerian for the big screen. His Valerian film adaptation is due to be released in 2017 – 50 years after the first strip was published. Why did it take so long?

Once Luc told us he had virtually learned to read with Valerian. He was ten at the time. One has to acknowledge that he did use some elements of our comics already in his sci-fi action film The Fifth Element.

That film was released in 1997 and your colleague Mézières was hired to design the futuristic landscapes.

Yes. I guess at that time our complete works must have still been out of Luc’s reach. If you want, it was a first approach to Valerian. In the meantime, Luc has built up his own film studio here in Paris. Today, it’s possible to shoot science fiction films as ambitious as this one here in France.

Are you going to collaborate in this project?

For the most part, Luc Besson is working on it by himself. It’s his project, his film and his screenplay. He’s been working on it with an American screenplay writer, someone he’s used to working with. The script is finished and he’s kindly sent me a copy. I just made a few comments, nothing more. I liked it.

When the Valerian film is screened in cinemas two years from now, it could well receive public criticism for Valerian’s spaceship looking too much like the Millennium Falcon of Star Wars.

That would indeed be bizarre. Part of the comic fan community will probably feel betrayed by the film adaptation; others will say the film is much better than the comic strip – which may then be explained by the fact that it starred Rihanna (laughs).

Are you going to see the new Star Wars film?

Of course, what do you think? I’ll go on the very first day the film is released – I can’t wait to see it!