Born in 1977, POG is a jack of all trades. He has been interested in conceptual art since studying applied arts in school, and in parallel, his singing led him down the path to writing. To date, he has written about forty titles for younger audiences, working with various publishing houses and artists (Agnès Ernoult, Alexandre Day, Lili la Baleine…). POG lives and works in Brittany, France, finding his inspiration in the small pleasures of life, the movies, and of course children themselves. His series Mulo (Dargaud 2017, Europe Comics 2018), alongside Cédrick Le Bihan, is his first foray into comics cartoons for mature readers – and probably not his last… 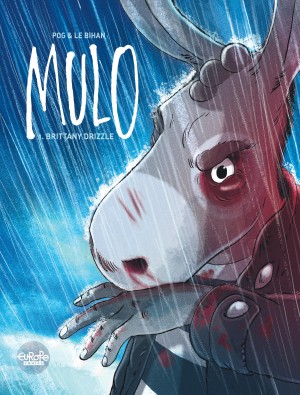 Where did he come from? All Mulo knows is that he grew up in an orphanage on the French mainland. Then he receives an enigmatic letter directing him to an island off the coast of Brittany and... ON SALE: 3,49€
Mulo 1. Brittany Drizzle Cédrick Le Bihan & POG