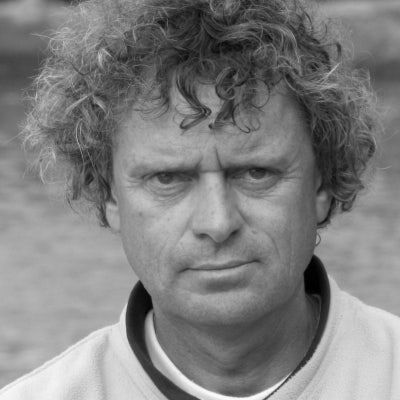 Marc Legendre (°1956) was born and raised in Antwerp. After obtaining his degree in Applied Graphics he hit the ground running as editor-in-chief of Kuifje magazine (the Dutch edition of Tintin). A year later he made his comics debut in Robbedoes (Dutch edition of Spirou) with the acclaimed series Biebel, which he wrote and drew himself (and which ran until 2000). In 1993 he moved to Standaard Uitgeverij where he started the weekly Suske & Wiske magazine (Spike & Suzy in English). In 1995 he set out with his wife on a sailboat to take a trip around the world that took him to Grand Canary Island, where he still lives today. Over the years, he also collaborated with many of Flanders' most famous and talented comics artists (e.g. Sam with Jan Bosschaert). In addition, he has written several young adult novels. In 2016 he received the Bronze Adhemar, a prestigious Flemish cultural award for his lifetime achievements. Currently, he writes scripts for a range of popular Dutch-language series including Rode Ridder (The Red Knight, Europe Comics), Robbedoes – Happy Family (with Charel Cambré), Amoras (also with Charel Cambré), and Ayak + Por (with Wilbert van der Steen).