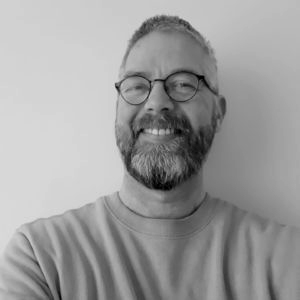 Dutch author Wilbert van der Steen (1966) has been active as a cartoonist and illustrator since 1993. He's illustrated and written children's books as well as comic books for children. Ayak + Por, a comic book he made with writer Marc Legendre, has been largely praised, which led to a translation in French as well as English (Europe Comics). Wilbert van der Steen also made a special edition of Suske & Wiske (Spike & Suzy in English), a very well-known comic book series in Flanders, for their 70th birthday. More recently, Wilbert completed his first graphic novel for a more adult readership, Sun (Ballon; Europe Comics in English). For this debut he received the Willy Vandersteen award in 2017.

Sun is the story of a little boy and his mother. The child is the result of a drunken roll in the hay the mother has after a fight with her family. Filled with shame and guilt, the mother is... 7,49€
Sun Sun Wilbert van der Steen 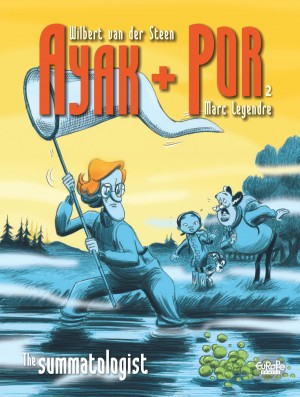 The young Inuit girl Ayak, the one-eyed dog Por, and the Professor are about to embark on a new round of adventures… this time in none other than the land of the Scots, in search of a monster! Along... 4,99€
Ayak & Por Ayak & Por V2 Wilbert van der Steen & Marc Legendre