Born in 1960, Philippe Glogowski studied graphic arts at the Royal Academy of Fine Arts in Brussels. He has been a freelance graphic designer since 1985, working as a letterer, illustrator and scriptwriter for the magazine Spirou. He published his first book in 1989, Les Lansquenets (Soleil), followed by dozens of collaborations and personal projects over the years. His latest book is Arsenal F.C. (Dupuis; Europe Comics in English, 2019). 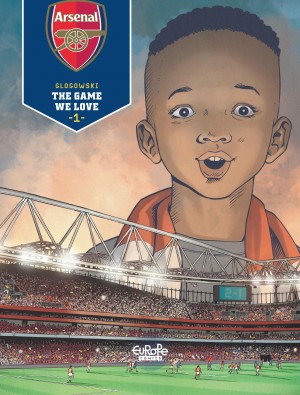 Andrew, 35 years old, decides to take his new girlfriend’s 10-year-old son to see the Gunners play. For Nathan, it’s the first time in his life stepping foot inside a football stadium. He should... 7,49€
Arsenal FC 1. The Game We Love Philippe Glogowski