Olivier Ledroit studied the applied arts in Paris, and after a few illustrations for card game magazines, he started doing the rounds of game fairs in search of work. That's where he met Froideval, who invited him to take part in a comic book project with the publisher Zenda. In 1989, the pair released the first volume of the Chroniques de la Lune Noire (The Black Moon Chronicles, Europe Comics). Ledroit illustrated the first five volumes of the series and also created the covers for the whole series, later continued with Dargaud. By 1990 this fantasy-medieval series had defined a new genre of gothic comics. The artists took their inspiration from the medieval fantasy of the '80s and also from the fantasy-fiction of the 19th century. The series has in turn influenced many authors from the 1990s onwards. In 1994, Vents d'Ouest published the first volume of Xoco, a series for which Ledroit illustrated the first two-part volume. This series, greatly inspired by H.P. Lovecraft, recreates the gothic and macabre ambiance of Chroniques de la Lune Noire. During and after Xoco, Ledroit worked with Pat Mills on Sha, published by Soleil. This new three-part series, published between 1996 and 1998, was a slight change in tone, but the artist's penchant for disturbing, violent settings remains present. In 2000, Ledroit and Mills founded Nickel publishing with Jacques Collin, the founder of Zenda. Mills wrote the script for Ledroit's second flagship series, Requiem, Chevalier Vampire. Alongside the Requiem series, Ledroit illustrated the first volume of Arcanes de la Lune Noire (Dargaud; The Black Moon Arcana, Europe Comics), the prequel to Chroniques de la Lune Noire, recounting the respective stories of various characters from the series. Just like for the original series, the script was written by Froideval. In 2005 he published his Univers féerique d'Olivier Ledroit (Daniel Maghen), a collection of previously unpublished illustrations of fantastical creatures. In 2006 he collaborated with video game studio Ubisoft for Heroes of Might and Magic V. In 2014 he transposed his magical universe into a brand new comic book series: Wika, published by Glénat, with Thomas Day writing the script. 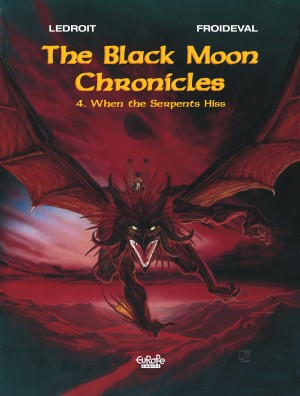 Everything seems to be coming together for the terrifying Haazheel Thorn, the Grand Master of the Black Moon, and arch-enemy of the Empire. As he gathers his forces, he sets a dark and duplicitous... 4,99€
The Black Moon Chronicles 4. When the Serpents Hiss Olivier Ledroit & François Froideval 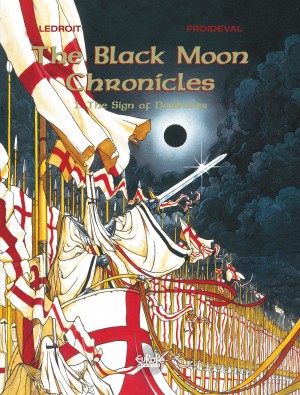 At the center of the empire was the Oracle… The Oracle announced the coming of the one who would change the world. This is his story. One day, when Heads-or-Tails was out roaming the forest, he... 4,99€
The Black Moon Chronicles 1. The Sign of Darkness Olivier Ledroit & François Froideval 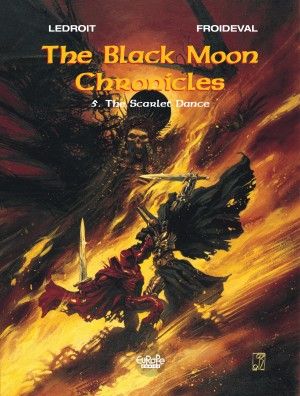 A great war has been brewing for some time. Now, at last, armies from all sides are marching toward the battlefield. The terrifying Haazheel Thorn is already waiting to meet them, as either friend or... 4,99€
The Black Moon Chronicles 5. The Scarlet Dance Olivier Ledroit & François Froideval 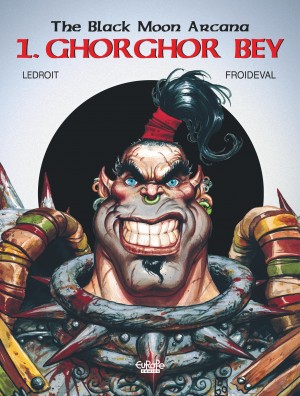 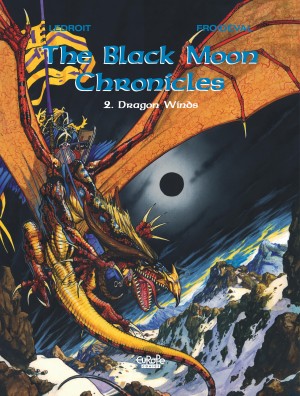 Wismerhill, Heads-or-Tails and Fey, the only survivors of the disastrous battle of Kendhrir, set out on the road to the Oracle, for Wismerhill to learn his fate. But it’s not easy. Our heroes... 4,99€
The Black Moon Chronicles 2. Dragon Winds Olivier Ledroit & François Froideval 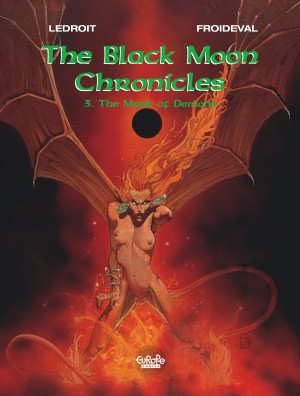 Some wait hours, some wait months before they’re summoned by the oracle to hear their destiny. But not Wismerhill. He’s barely set foot on the sacred site when he hears the call. It seems the... 4,99€
The Black Moon Chronicles 3. The Mark of Demons Olivier Ledroit & François Froideval