Born in 1982 in Normandy, Jonathan Garnier concentrated his studies on graphic design and comic books. Following an initial job as a print designer in video games, he joined up with publisher Ankama as a graphic designer and illustrator. He soon became an editor, and shortly thereafter editorial and artistic director of the collection Étincelle. At that point he felt an urge to give life to his own creative projects, and soon began developing comic book scripts. His first work included writing for DoggyBags (Ankama), quickly followed by a number of other projects with publishers Casterman, Glénat, and Dupuis. Most recently, Garnier teamed up with artist Johan Sacré to create Timo l’aventurier with publisher Le Lombard (Timo the Adventurer, Houghton Mifflin Harcourt in English). 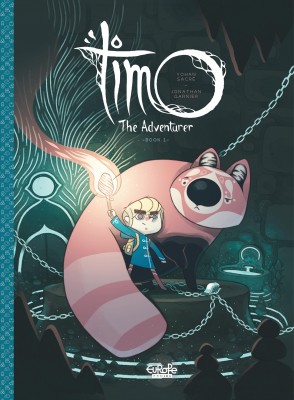