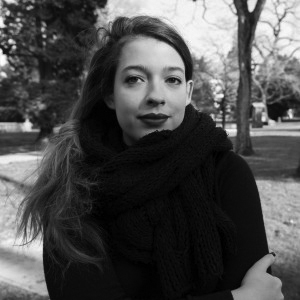 Maurane Mazars was born in 1991 in Toulon, France. In 2015, she obtained a diploma in visual communication from the Haute école d'art et de design in Geneva. A year later, she earned a Master's degree in illustration from the Haute école des arts du Rhin in Strasbourg. At the end of 2015, she received a prize for Acouphènes, a black-and-white graphic novel published in 2017 by Editions AGPI. In 2018, she won the Raymond Leblanc prize for Tanz!, her graphic novel about a young German dancer in the late 1950s. This project was published in 2020 by Le Lombard, and in English by Europe Comics the same year. 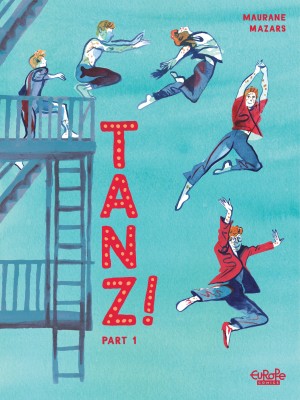 Germany, April 1957. Uli has a dream: to become a famous Broadway dancer. But as a modern dance student at the prestigious Folkwang school, Uli’s energetic and outgoing personality stands out in... 7,49€
Tanz! Part 1 Maurane Mazars