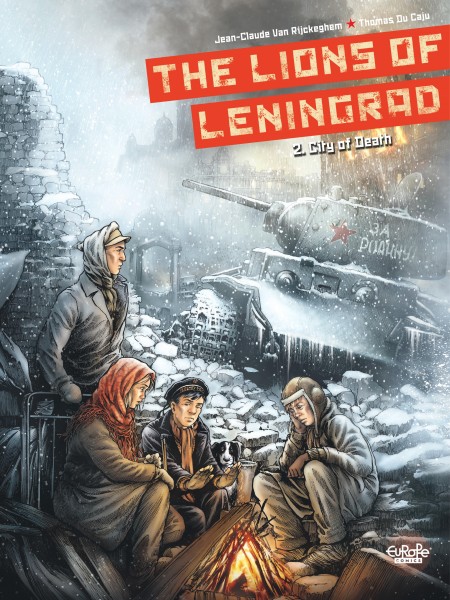 Leningrad, 1962. Kalinka “Anka” Alexandrovna, leader of the Leningrad Philharmonic Orchestra, marches into the police station, where a vagabond is being questioned. The man was arrested after forcing his way into the opera house with a gun. He reminds Anka of the dark days of early 1942, when the Nazi army had surrounded the city and set fire to its food supplies. Its intentions were as simple as they were evil: to starve every one of its three million inhabitants. The man goes on to tell the story of four teenagers who struggled to survive that cruel winter: three boys from different rungs of the social ladder, and Anka, with whom each one of them was madly in love… The second and final volume of the series unravels a poignant story of survival, friendship, love, and betrayal set against the backdrop of a pitiless war.

1. I Am Chapayev The Lions of Leningrad Thomas Du Caju & Jean-Claude Van Rijckeghem