Bruno De Roover (Bruges, 7 September 1972) is a Flemish comic book artist. De Roover studied Communication Sciences (advertising and public relations management) at the Hoger Instituut voor Bedrijfsopleiding and, later, graphic design at the Sint-Lucas School of Arts in Ghent. From the year 2000 to 2012, he worked as a comic book artist for Studio 100 and contributed to a.o. Wizzy & Woppy, Samson & Gert and later, Kabouter Plop. De Roover also made a promotional comic book for Deceuninck and created artwork for a day trip CD-ROM for the newspaper De Morgen and different websites. In 2002, De Roover won the comic book design contest of the Flemish Parliament with the comic book Flosj in het Vlaams Parlement, a contest presided by Marc Sleen (Nero). In early 2003, De Roover was invited by Studio Vandersteen (a.o. Willy and Wanda) to work for them on a freelance basis. There, he developed the blue pencil sketches for the short stories by Marc Verhaegen. Later, he worked on the special editions and albums for the current Studio Vandersteen team. In March 2006, Bruno De Roover launched Café Cowala, his own series, which was published on a weekly basis in P-Magazine until September 2012. A first album was printed that same year. In 2013, he won a Rookie Award at the Comic festival Middelkerke with Café Cowala. In 2006, he had quit working as a freelance artist for Studio Vandersteen to start writing scripts for the Willy and Wanda series. De Roover wrote De Microkomiek and De Venijnige Vanger, two short stories. Since 2007, he is a member of the Willy and Wanda script team (together with Peter Van Gucht). In Flanders, he is also known for his participation to the TV show De Mol in 2003. In November 2014, De Roover wrote the scripts of the Belgian spin-off series about the character Jerom (J.ROM - Force of Gold). 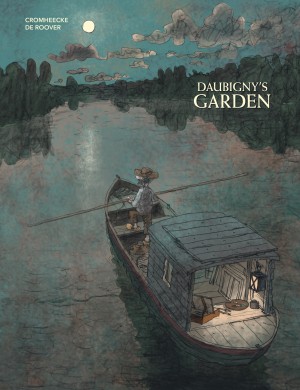