Ahead of the release of the much awaited V6 of the iconic series this October, here are all five previous adventures of the one and only cat detective, with a 50% discount, ending on July 31. And while you’re waiting, you can also read the newly released special edition of What’s News, with behind the scenes information on the upcoming volume, and a 4-page preview. Blacksad: Somewhere within the Shadows 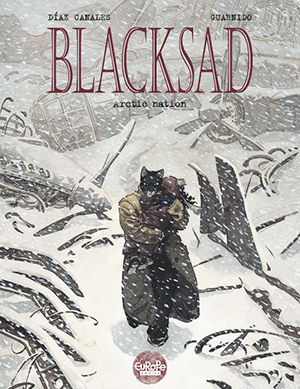 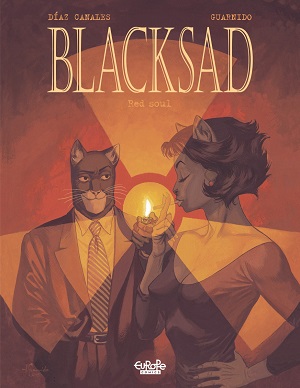 Blacksad is in Las Vegas, with both his finances and morale at rock bottom, working for a wealthy gambling man. However, an unexpected encounter shakes up his new life: his friend Otto Lieber, a high-profile scientist, is in town for a nuclear conference. The two men manage to find the time to get together and chew the cud. Otto seems to be leading an exciting life, despite the little eccentricities of his “benefactor,” Gotfield. Gotfield is married to the gorgeous Alma… on whose account Blacksad’s life will take a surprising turn… It’s 1950s New Orleans, and Mardi Gras is in full swing. Thanks to Weekly, a Jazz producer going by the name of Faust sets up a meeting with Blacksad. Faust asks Blacksad if he could look into the disappearance of Sebastian, one of his musicians. There’s been no sign of the pianist for months, and his absence is jeopardizing the both the music label and the star’s private life. Faust fears that Sebastian has, once again, turned to drugs. The whole affair is rendered even more urgent now that Faust has learned that he’s suffering from cancer. Blacksad takes on the mission and discovers little by little that Faust hasn’t told him the whole story. He realizes that he is also being manipulated, but determines none the less to find Sebastian and try and understand the reasons for his disappearance. Little does he know at this point that this will be his most testingmission yet, in more than one respect. 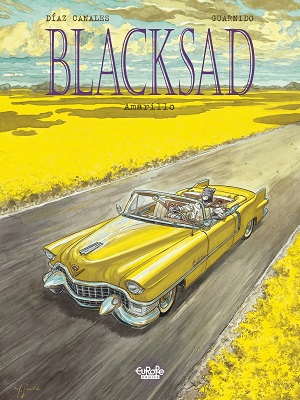 Blacksad is in New Orleans, looking for work. He just so happens to come across a rich Texan who asks him to drive his car back down to his hometown. Perfect! An easy job and good money, not to mention the beautiful car! So the detective accepts. But, much to his dismay, the car is stolen from him in a gas station by Chad Lowell and Abe Greenberg, two beatnik writers wanting to get to Amarillo, Texas. Things soon get messy when Chad shoots at Abe during a quarrel, killing him dead. Forced into exile, Chad finds refuge in a circus. But Blacksad is hot on his trail along those endless highways of southern America.